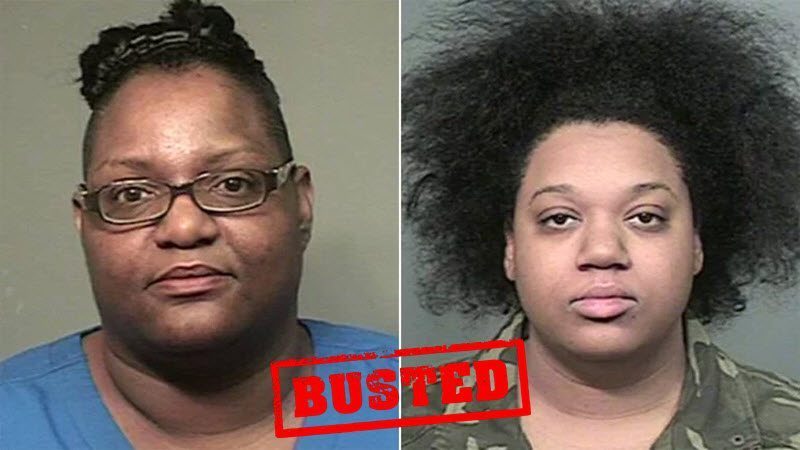 42-year-old Latonia Howell was sentenced yesterday to three days time served, for her role in instigating a brawl at a Milwaukee-area Burger King back in February. Police said she showed up at her local Burger King with about 12 coupons and attempted to use them all at once, even though coupon policy is to only allow 1 coupon per customer.

When she was informed that she couldn’t use all her coupons at once, Ms. Howell stormed out of the restaurant and called her daughters to come “straighten out the situation.” When the daughters got there, they accused the cashier of disrespecting their mother and taunted said cashier by throwing ketchup packets and other small items at her. It escalated and eventually came to blows.

One of the daughters “pushed past my manager, and began punching me several times in the face,” the cashier told police. The women then left and promised to come back with a gun, to resolve the situation once and for all.

To identify the women, police released the surveillance footage. Soon, Latonia Howell and her 23-year-old daughter Jasmeika Simon were apprehended. The second daughter was not arrested.

Simon was convicted last month of misdemeanor battery and disorderly conduct. She was given the maximum sentence of nine months imprisonment and is banned from entering any Burger King restaurant. Howell took a deal, where she pleaded no contest to disorderly conduct, and was sentenced to three days behind bars. Since she had already served three days after her arrest, she was given credit for time served and let go. She was also ordered to pay $805.34 in restitution, to help cover the victim’s medical bills.

So, a mother is out hundreds of dollars in restitution fees and a daughter is behind bars for nearly a year… all over some Burger King coupons.

Via Coupons in the News

For the newest retail news in the United States, go here! Yes We News brings you the latest breaking news in the world of retail. Have a story? Share it here.