Dollar General is a great place to clearance shop, they are also known for their good penny shopping deals. If you are looking for hot summer clearance items, don’t miss this upcoming Clearance Event at Dollar General.

Starting August 21st until August 23rd,2020 Dollar General is holding a clearance event. Summer is coming to an end so they are pushing a lot of summer clearance. Check out the list below. 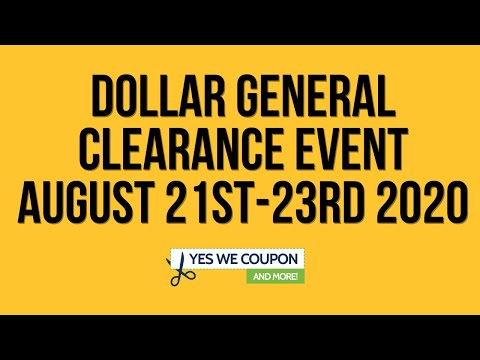