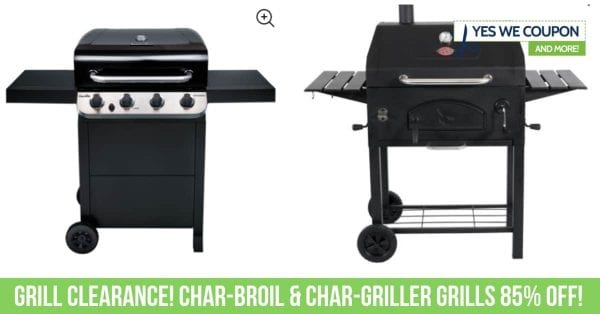 Grilling season hasn’t even begun yet, but a few grills are already showing up on clearance! I’ll take it! Check your stores for these two models. They’re being found as low as $35 — a crazy 85% off!