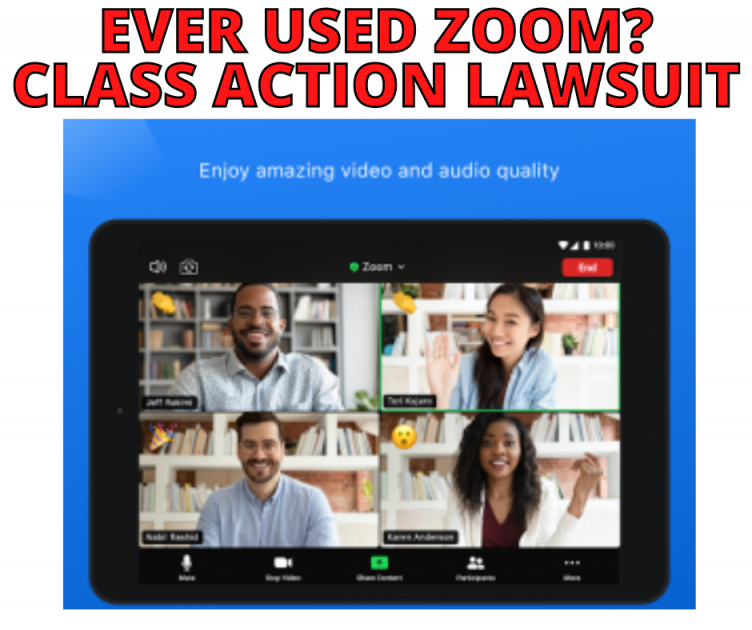 Zoom Meetings has recently gotten into trouble over Zoom Bombing. What is Zoom Bombing? It is where during a Zoom Meeting hackers can send graphic and heinous images that appear on your screen. Among all the people affected was a group having a bible study. Zoom is supposed to protect your data and your meetings, however it has been shown that it is super easy for hackers to get in. Right now during this class action lawsuit, a settlement of $85 million has been proposed. But not yet passed. If this $85 million settlement passes in the courts, that is roughly a payout of $15 to $25 for anyone who has used Zoom since March 2016.

Zoom became popular when everything started shutting down. And schools and companies were looking for a way to stay connected. Schools everywhere started using zoom and even counselors were having meetings with their patients. Zoom has also agreed to beef up their security with this class action lawsuit. The proposed settlement is scheduled for court in October. And as soon as a settlement is reached and a claim form be made available, we will let you know! Click the link below to read more about this lawsuit!

Here at Glitchndealz we love telling you  guys about class action settlements that involve you. These settlements are for consumers like you and you can claim FREE money just for using the product or service. Keep checking back and we will update!

Have You Purchased Tickets Through TicketMaster?