Team YWC 6639
IMPORTANT!  Get Our App For ALL Of The Deals GET THE APP

If you need a deal on electronics, baby items, beauty, home goods or more, look no further! Target has amazing clearance and we found them for you! We never want you to pay full price!  Make sure to follow Yes We Coupon and sign up for our email so you never miss a Target deal! Advertisements Target has this 9 piece Crayola Jumbo Bath Bomb set for just $0.99 REG $9.99. These come in 9 different colors and each one comes with shimmer to make bath time fun! Advertisements This is an in store only clearance and may not be at every store. YMMV. Head to your local Target to Advertisements Cold and flu season is right around the corner! Zarbees Natural Adult Cough Syrup will help soothe coughs this cold season! Zarbees is a chemical-free alternative to other cough medicines. This cough syrup is honey lemon flavored and contains no artificial ingredients, dyes, alcohols or dyes. Advertisements Zarbees Natural Adult Cough Syrup may be

You’ll go through a ton of baby wipes with a baby through infant to toddlerhood! Go stock up now while they’re super affordable! We found you a RED HOT clearance deal to stock up on cheap baby wipes at Target. Advertisements These large 3 packs of Up & Up baby Advertisements wipes in green tea Advertisements Apple Watch SE GPS Aluminum is one hot deal at Target! Apple Watches are the same as having your whole phone on your wrist. You can use it to text, call plus track your health. These work off Bluetooth and are water resistant!! Now you’ll want to run for this Apple Watch deal! Advertisements

Frozen 2 Elsa Singing Doll Over 75% Off

Advertisements Disney Frozen and Frozen 2 are two of the most popular Disney movies out there. If you have a little Frozen fan at home, you need to see this! Advertisements This adorable singing Elsa doll was found on clearance at Target for just $8.09! This doll is regularly $34.99. Use UPC 192995207035 to check your 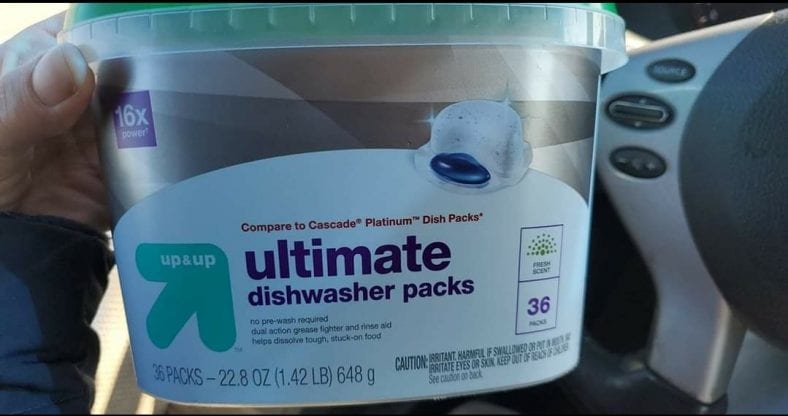 Advertisements Are you running low on dishwasher packs?or maybe you just want to STOCK UP! If so you may want to run to your target, or check your store below! Advertisements Thanks to our shopper Linda for finding this insane deal!  These dishwasher packs are only $.05!!!   YES 5 CENTS!!! Check your Target store with